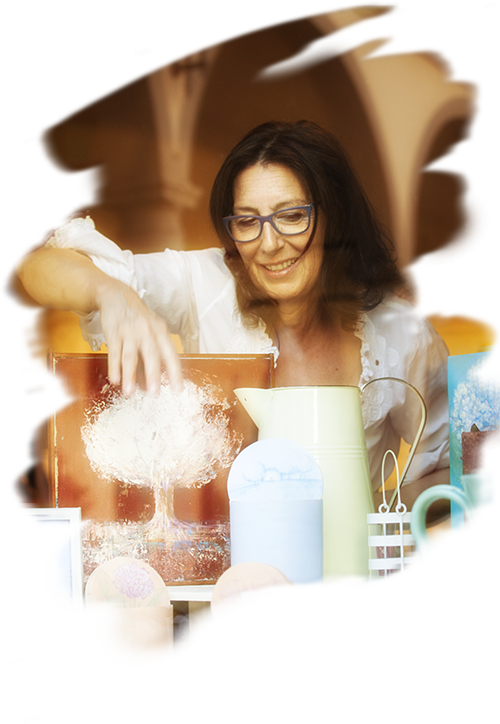 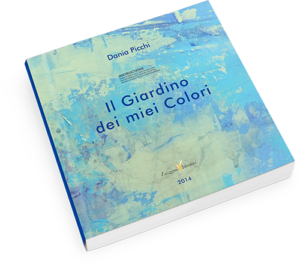 Born in Lucca on February, the 25th 1961. Married with Nicola Gentili, her daughter is Chiara.

Major Institute in Teaching Catholic Religion achieved in 1981. Teacher in 1990 at the School Institutes in Lucca. In 1990 she co-ordinated the Young Project as  representative in  Porcari’s town hall. She has been active as a supporting teacher for Disabled at the Primary School of Capannori  and attended specialized private painting and sculpture studies with various  artists in Lucca. She has lived in Porcari until 1997 , then in Pescia where, in 2002,  opened a comfortable  painting studio called “PIAZZA DEL GRANO SPAZIOARTE” in the historical center of the town. Dania has given her contribute to the ten editions-organization of the Amateur Theater for the National Festival Lorenzo Silvestri at Pacini Theater in Pescia. Since 1993 she has taken part with  passion   in the artistic twinning between Pescia and Oullins (France). Furthermore, Dania, since 2007, has been part of the Government Council for the cultural association ‘Officina delle Arti’, that has organized all the 8th anniversaries of the “Città nel Presepe”,  for Christmas day in Pescia. The living nativity has received two awards at national level, and more specifically the first prize, received for the 6th edition, in the 14th International Presepist Prize “Praesepium Populi” – Geraci Siculo, as best Italian crib 2011, receiving also  the prize for the best sacred representation of ‘Italy’s crib’ of international valence. She belongs to the Cultural Encounter ‘Quelli Con Pescia Nel Cuore’ collaborating on various events including the seven-Carnival editions in Piazza del Grano. Founding partner of the Nottambula Cultural Society, collaborated at the three editions of ‘Nottambula’ in Pescia. In 2007 she painted a prize delivered to Rione San Francesco as winner of the XXX ° ‘Palio dei Rioni di Pescia. She is also the author of the official logo for the international ‘Stop Histiocytosis’ event. Over the years, Dania has gained many awards and appreciations at national and international level. She has been involved in various competitions and exhibitions ,  realized  in private and public galleries In Italy, the artist attended to the “Giubileo 2000_Arte Cultura Sport” exhibition organized by the Ministry of Cultural Heritage and Activities, under the patronage of the Council of Ministers. She won the first prize at the National Prize “Gronchi 2007” – and in France the personal exhibition at the “L’esclalier” Art Gallery in Lyon. In 2009 she created “IL VIVAIO” Outdoor painting school for children and teenagers. In 2016 and 2017 she organized the painting school for Children of Pescia at “L’Angolo delle Idee” In 2014 she writes the book “Il Giardino Dei Miei Colori” illustrated in the glass palace of the Lazzereschi Foundation in  Porcari LU.